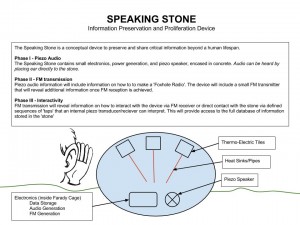 2 Responses to “Speaking Stone: A Device for Preservation and Proliferation of Information and Knowledge”