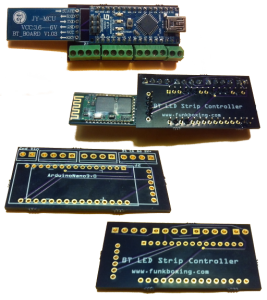 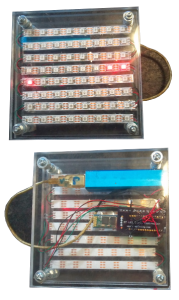 So here’s a redesign of the Levitube things I made awhile back. It’s essentially the same, just slightly more aesthetically pleasing with the wooden base and cork stopper and spade thumb-screw. That link above is super old and I don’t feel like updating a super old html page, if you click it just ignore the parts that contradict this post, like the part saying they’re no longer for sale- They ARE for sale again. That’s probably unnecessarily confusing… but anyway. Look! Here’s the new design! 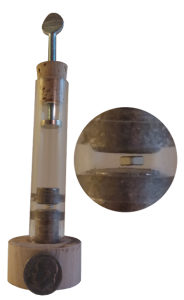 It’s an acrylic tube with a little magnet that levitates between two bismuth pellets. Basically it’s thing to stare at occasionally. I’ve also had fun making it spin and shining a laser on it so it flashes the laser around, I’m easily entertained like that. I’m sure there are practical uses for the effect, but the levitubes are really only good for the staring bit.

It’s either an ‘educational demonstration’ device or ‘desk-toy’ thing. When people ask you about it you can tell them about the principle of diamagnetism and they’ll think you’re all smart, or more likely they’ll just think you’re tragically nerdy. Optionally, you could tell them you’re doing it with your mind or you bought it at a shop in Diagon Alley and it’s enchanted, your call.

If you want one, let me know via the funkboxing contact form. I’m going to ask you to send me $30 via Paypal and that’ll include shipping within the U.S. If you live somewhere else, just ask and I’ll find out what the shipping is to there. If you live in Iceland or the Netherlands I might ask if I can come stay with you for awhile because I’d really like to go to those places but I don’t have a lot of money. I also might need to borrow some warm clothes because I don’t have anything for cold climates, I’m from the south.

I’ve only got about a half-dozen ready to go at the moment but I can make more, it’ll just take a little while longer to get one to you. They also include a cool stamp with the funkboxing logo on the bottom of the base so you can remember where you got it.

*The dime in the image is for scale, it’s not included. I guess if you ask me I’d send you a dime too, but you can probably source one locally. It’s not a rebate thing. If you absolutely insist I’ll just give you 10 cents off the price instead, but I’d probably make fun of you for being so insistent over 10 cents. I’ll give you a whole dollar off if you read my ‘Hello, World’ short story and tell me what you think since I really spent some time on that and I don’t think anybody’s read it yet. If you’re Limor Fried and you request one I’ll send you a free one since you’re so totally awesome and I love Adafruit Industries.